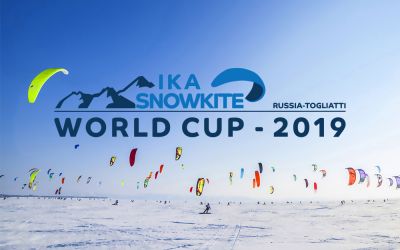 New winter season 2018/2019 will be marked by a number of major events in the winter sailing sports world which will take place on the territory of Samara region and neighboring areas.....


This events will be organized under guidance of SNOWKITERUSSIA/ROQETA project and  Sila Vetra sports club.

The key event of the forthcoming season is the IKA SNOW KITE WORLD CUP RUSSIA 2019 series. The competition will be held in the following classes and divisions: ski and snowboard marathon, course-race, slalom and freestyle. This planetary scale event will be held from 20 to 24 February 2019 in the city of Togliatti on the water area of Zhiguli sea covered with ice.

International form of this sporting event has been made possible due to the fact that International Kiteboarding Association entrusted to Togliatti team to host the event of this status in Russia taking into account background experience and accurate organization of previous events.

Let us recall that Togliatti has already hosted WISSA World Championship 2017. At that time about two and a half thousand participants arrived to the starting lines of the races and more than 7 000 spectators came to cheer up the sportsmen. And it was at that winter when an all-time record was set with more than 254 sportsmen at the start-line of the race.

- The SNOWKITERUSSIA project team has a unique experience in the field of holding mass sports competitions both of regional and international scale.  – said the head of the project, Eugenia Kotlyarova. – Besides, all the experts acknowledge a unique aerological environment of local areas and a convenience of Zhiguli sea, the largest spot for competitions in Europe, let alone the fact of its proximity to the city and an extensive infrastructure.